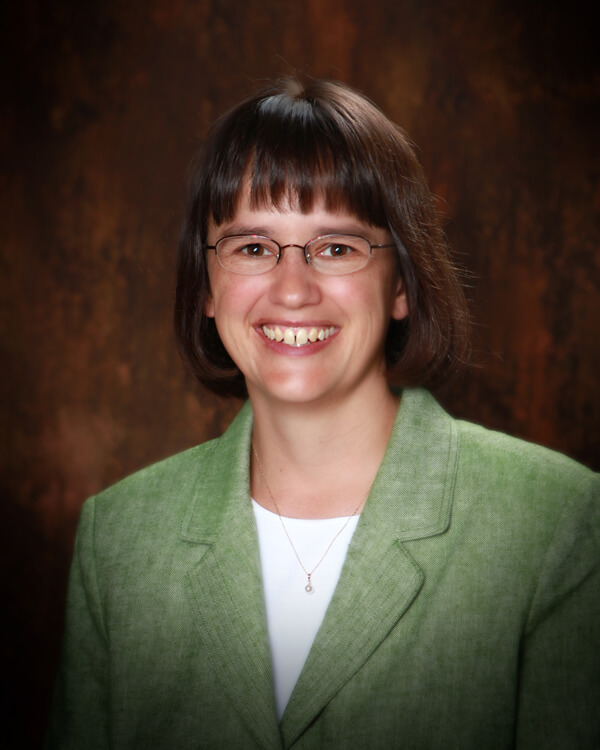 Background:
Marla grew up in North Dakota and Iowa, the daughter of a community family practice doctor. She had many role models in teaching and nursing, so it was a natural choice to become a nurse.

Marla became involved with children when she served as a counselor at Camp Amigo in Sturgis, MI, a Mennonite Church-sponsored camp. Her decision to be a pediatric nurse was solidified after doing an externship on a pediatric floor during her junior year at EMU.

After working with the pediatric group in Indiana, Marla and her husband Warren, a registered nurse, moved to a small acreage on the Harvey-Marion County line, across the road from their grandchildren.

Outside of work, Marla spends time with family, gardening, raising an assortment of farm animals, enjoying the outdoors, baking, quilting, or traveling to visit extended family.

Philosophy: “My goal is to provide high-quality care in a compassionate manner, individualized to the child at his or her developmental stage and family situation.”

Qualifications:
Marla is a Certified Pediatric Nurse Practitioner. She received her Master’s Degree in Nursing from Indiana University in 1998, and worked full time as a CPNP in Indianapolis for 12 years prior to joining Cottonwood Pediatrics in 2011. In the years between earning her Bachelor’s of Science in Nursing at Eastern Mennonite University and her graduate degree, Marla worked as an RN in inpatient pediatrics, pediatric homecare, and labor and delivery.

She is interested in setting patterns for prevention early by helping patients and their families set healthy habits from the start, and she believes in involving parents in their child’s treatment plans. She is an advocate of breastfeeding and immunization for children, and seeks to keep children on a healthy path, physically, emotionally and psychologically.

From our patients survey:

“My children love coming to cottonwood! They adore Marla and ask to come back frequently- even if they don’t need anything”

“Marla ALWAYS takes her time with my girls. Speaks directly to them, includes them in all conversations. She knows them, and cares and it shows!”

“Marla is amazing! She is knowledgeable and is very caring! I feel like my child is great hands at cottonwood and I would recommend them to everyone”

“Marla is compassionate, experienced and skilled. She teaches without condescension. I’m thrilled that my 3 kids see her.”

“Marla has Always been a source of comfort for us. We trust her because she has shown us over the years that she cares deeply about her patients. On our latest visits, Marla has given us courage, hope, and the tools to address our concerns. I could not be more happy with Marla’s care for my kid. Thank you! From the bottom of our hearts!”

Some services Marla can provide: